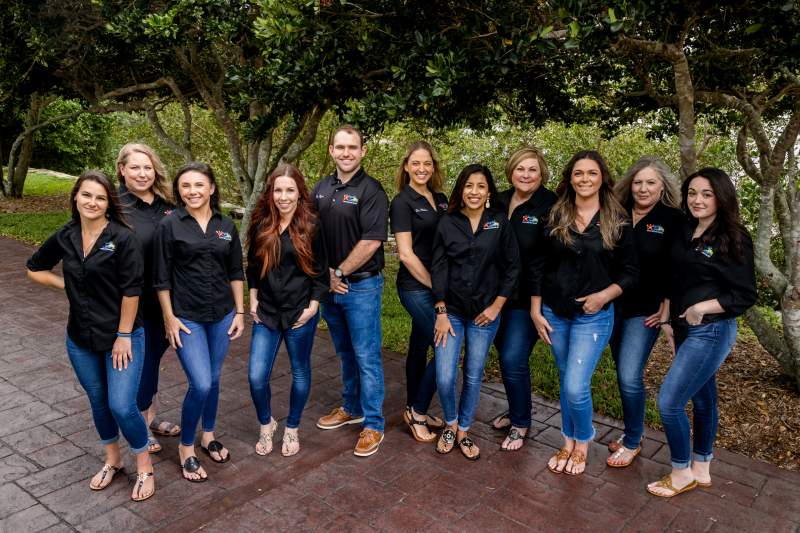 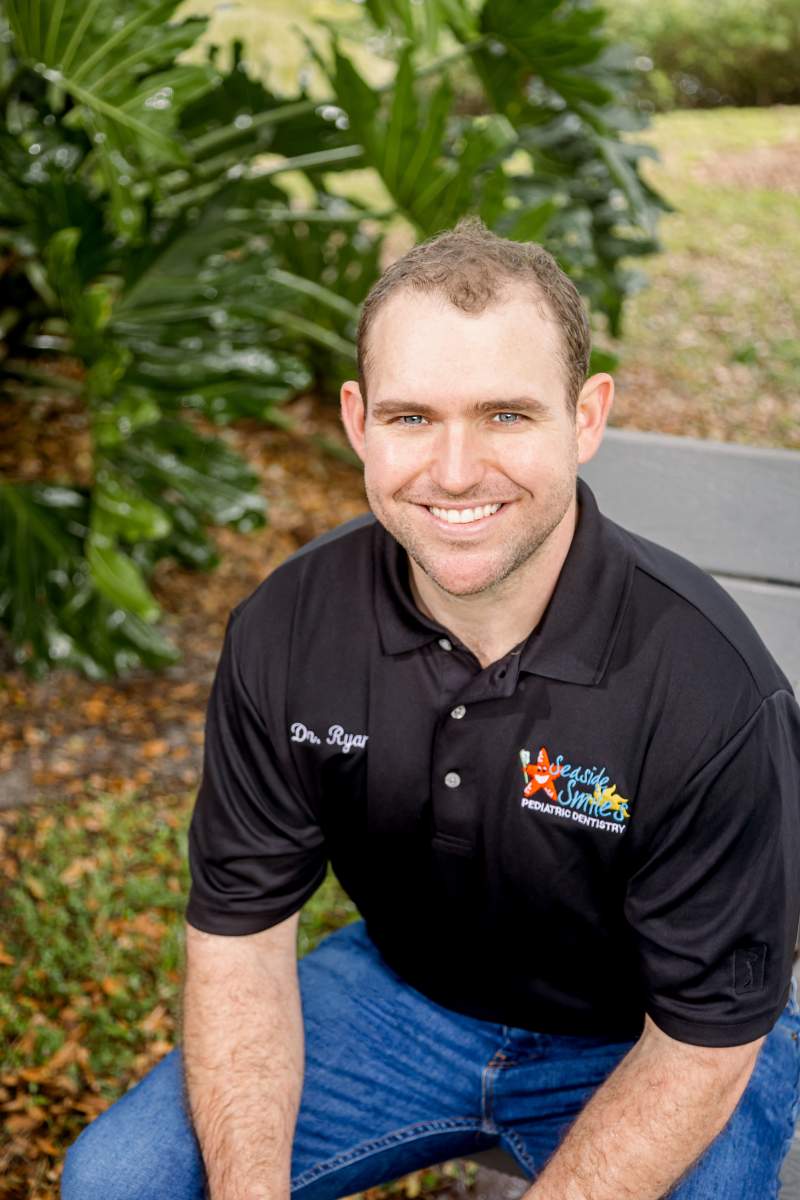 A native Floridian, Dr. Ryan was born in Gainesville, FL and was raised just outside in the small town of Keystone Heights. Growing up, he developed a love for the outdoors, enjoying sports and spending time with his dog Sadie. Dr. Ryan is a triple Gator, completing his bachelors, DMD, and residency at the University of Florida. In addition to serving as Chief Resident at the UF Shand’s Children’s Hospital during residency, Dr. Ryan was involved in many leadership roles during dental school. He helped lead multiple mission trips to the Dominican Republic and Bahamas to provide much needed dental care to people in need. While in school he became the proud recipient of the Charles. W. Fain Pediatric Dental Award and the OKU Ethics Award.
Dr. Ryan is an avid golfer and sports fan. On Saturdays you can catch him in Orange and Blue representing his beloved Florida Gators. On Sundays, he changes into red in support of Tiger Woods, Liverpool FC, and the 49ers. When he’s not in the office, Dr. Ryan loves spending time with his wife, Dominique, son, Connley, daughter, Charlotte, and their dog Coco. They enjoy traveling, going to the beach, cooking, and being outdoors. Dr. Ryan and his family are excited to join the Seaside Smiles family and they look forward to becoming actively involved in the Vero Beach community. 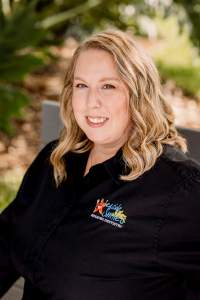 Mrs. Stephanie was born in Orlando, but her family relocated to Vero beach when she was 10 years old. She graduated from Indian River State College's certified Dental Assisting program in 2008 after completing a 6-month internship here at Seaside Smiles. She spends her free time with her friends and family or on the water paddle boarding! 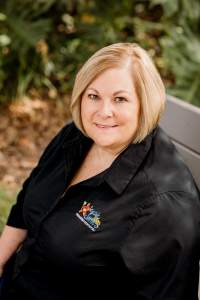 Mrs. Beth is a native Floridian, born and raised in Ft. Lauderdale. She moved to Indian River County in 1986 to raise a family. Beth joined our Seaside Smiles team in 2011 and has worked in Pediatric Dentistry for 28 years. She enjoys reading, traveling, and spending time with her children and grandchildren. 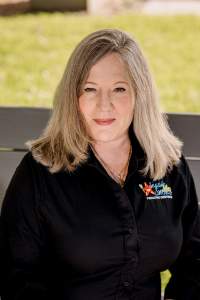 Mrs. Brenda was born in Colorado and moved to Florida in 1978. She graduated from Vero Beach High School. She worked in banking for 28 years before transitioning into the health care field. In her spare time, Mrs. Brenda enjoys spending time with her husband, family, and friends. She is a proud mother of two children and grandmother of three grandsons. 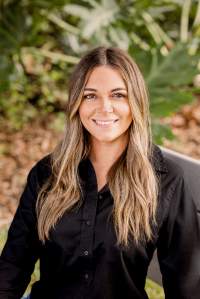 Ms. Quincey was born and raised in Sacramento, California and moved to Vero Beach in 2015. On completion of her dental assisting education in 2017, she interned with us at Seaside Smiles and was hired directly afterwards due to her hard work, amazing personality, and passion for caring for children. In her free time, she enjoys boating and spending time with her family and friends.

Ms. Pamela was born in Detroit, Michigan, but her family relocated when she was just a toddler. She graduated from Fortis Institute as an Expanded Functions DA. She enjoys working in Pediatric Dentistry and educating her patients. In her free time, she enjoys spending time with her other half, her daughter- sweet Lacey bug, and her family. She also loves DIY projects. 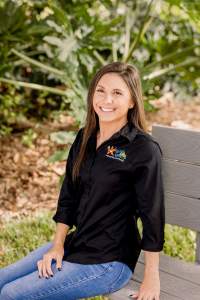 Ms. Brandy moved to Vero Beach, Florida at a young age and considers herself a Vero native. Ms. Brandy attended John Carroll High School and then completed her AA in Health Sciene at IRSC. She completed her Expanded Functions certificate at Indian River State College's Certified Dental Assisting Program and was excited to start interning at Seaside Smiles right away. She loves working with kids and is always patient, kind and hard working. In her free time, Ms. Brandy likes being outdoors with her family and friends. 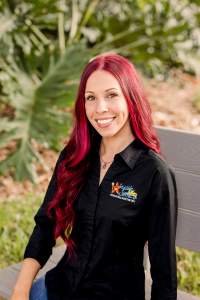 Ms. Sarah is originally from New Hampshire and moved to Florida after high school. She has been working with children since her first job as a toddler/infant teacher at a preschool. She completed her Expanded Functions certificate and immediately knew she wanted to continue working with children in pediatric dentistry. Ms. Sarah is a proud cat mom of a black cat named Cocoa Bean. She enjoys arts and crafts, crocheting blankets, and painting in her free time. 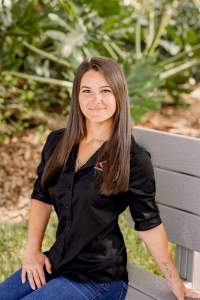 Ms. Jessica was born and raised in Port St. Lucie, Florida. She graduated from Dental Assisting of the the Palm Beaches with her Expanded Functions certificate in 2020. She was a preschool teacher in the past and has always loved working with children. Ms. Jessica is so happy to be able to work with children in dentistry and loves making them smile. In her spare time, Jessica loves fishing and riding four wheelers with her friends. 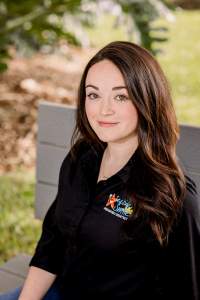 Ms. Skylar was born in Florida and grew up here in Sebastian and Vero Beach. She graduated from West Palm Beach's Dental Assisting Academy in 2020. Ms. Skylar has always loved working with kids and making them smile. In her free time she loves spending time with friends and family, traveling to new places and hanging out at the beach.